Seller: GameCod
information about the seller and its items

Loyalty discount! If the total amount of your purchases from the seller more than: 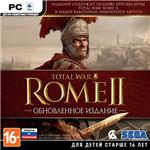 You buy an official key, which you receive immediately after payment in the window that opens, as well as a link to the page with the key that will come to your E-Mail specified during purchase.


Each customer who leaves a positive review (I want a gift) gets one of more than 40 different games for Steam. Which one? You will find out about this when you receive your GIFT.
It can be activated on Steam.

To receive a gift you need:
1) Buy a game from us
2) Leave positive feedback with the comment "I want a gift"
3) Expect.

Gift distribution is done within 48 hours after writing a comment.
Attention!! By submitting a review - you guarantee that you have read all the conditions for the Gift and if something is not clear - you asked.

For a positive review of the product, I will provide the buyer with a gift certificate in the amount of 5 rubles.
Details of gift certificates https://www.oplata.info/info/card_new.asp

Every customer will also receive a Promo Code, which gives a great discount on all our pre-orders!

The "Updated Edition" of the famous strategy Total War: ROME II contains not only the original game, but also many additional content.

Also included in Total War: ROME II. Updated Edition ”includes a new set of campaigns“ Emperor Augustus ”, designed for several hundred more hours of free play on a map depicting the geopolitical situation during the Second Triumvirate War, which marked the end of the Republic and the beginning of the era of the Great Roman Empire.

GAME FEATURES:
- Develop a plan to conquer the world in a global turn-based campaign (with support for additional competitive and cooperative modes for two players). Conspiracies, political games, intrigues, riots, rebellions, honor, ambition, betrayal - you will make history with your decisions.
- Gather a huge army and win after victory in real-time battles. Unleash your tactical genius as you take command of tens of thousands of soldiers in epic military clashes on land and at sea.
- Fight for the glory of Rome, leading one of three noble families, or become the leader of one of the rebellious tribes. Each faction offers a distinct gaming experience with hundreds of unique squads, including siege engines, heavy cavalry, steel-clad legionnaires, and berserker barbarians.
- Impressive ancient cities and colossal armies recreated in the smallest detail. You can easily see how your soldiers fill the air with victory cries or writhe in pain, taking the blows of the enemy. A tactical camera will help you assess the general situation on the battlefield, thanks to which you can look at what is happening from a bird´s eye view.

This product is distributed through digital distribution, it is only a pin-code, and does not contain packages and boxes.

DO NOT MISS HITS, ORDER FROM US))

Instructions for activating the key on Steam:

IMPORTANT: After activating the serial key in steam, the key becomes invalid, i.e. You can not use it again.
MUST remember, but better write down all the details of your account! Without them, you will not be able to access the activated games in the future.

Dear customers!
We will be very grateful to the positive response!
Thank you very much, Your GameCode.